Warning: count(): Parameter must be an array or an object that implements Countable in /home/candiato/public_html/wp-content/plugins/closify-maestro-image-uploader-gallery-builder/includes/cmb/init.php on line 746
 Two Gentle Days of Walking – Candia to the Camino
Skip to content

After the dramas of wind, rain, steep climbs, and rocky descents, yesterday and today felt like gentle days of walking. You may remember that we had planned to divide our next two stages into three and to walk about twelve miles a day. And so we did the first twelve yesterday, from Molinaseca to Cacabelos, along small roads and through the city of Ponferrada. Today we walked from Cacabelos to Vega del Valcarce.

The most remarkable landmark of yesterday was the Castillo de los Templarios in Ponferrada, which was built in the 12th century. As the Knights Templar grew in power, however, the Catholic Church outlawed the order of knights, resulting in the castle falling into ruin for a time. Over the centuries it has undergone several renovations and now stands in all its majesty in downtown Ponferrada. 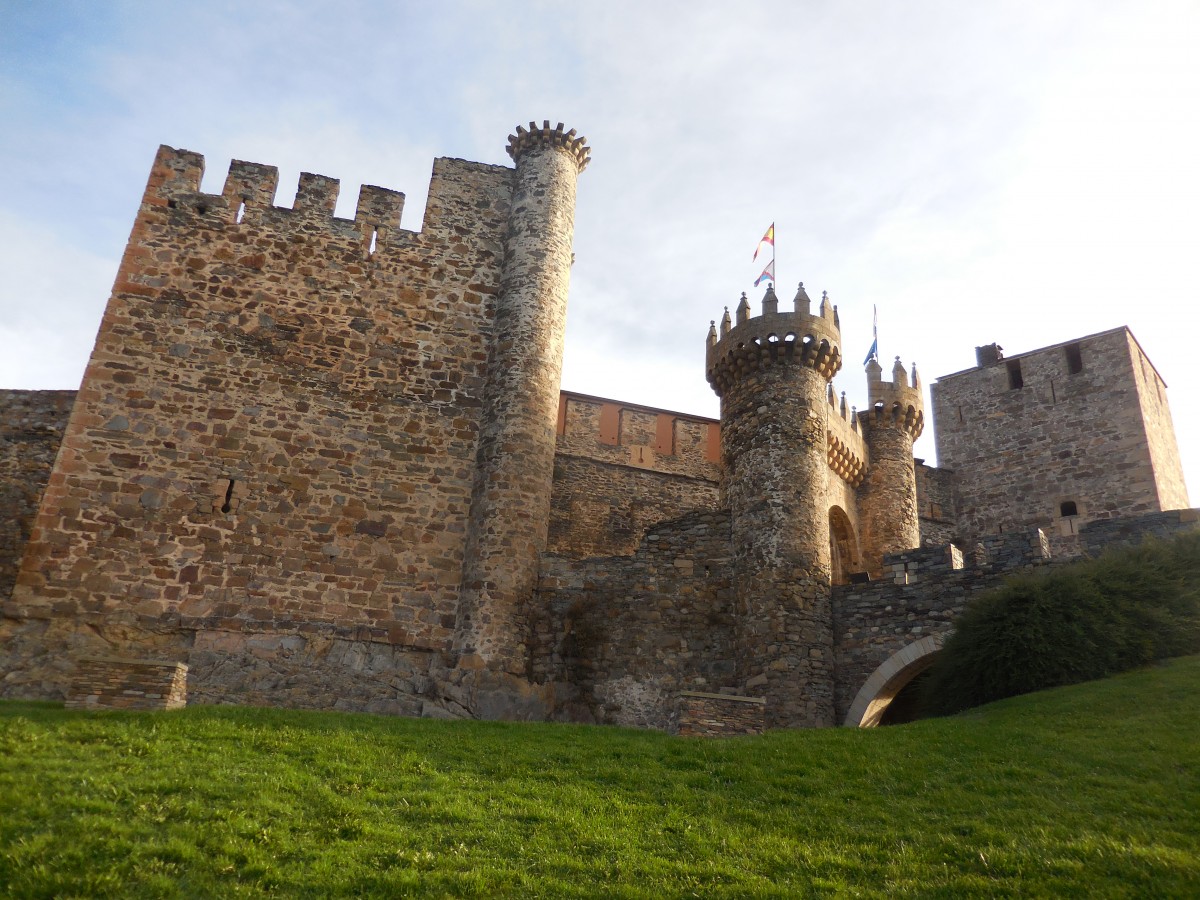 The Camino takes a meandering route through Ponferrada, past beautiful suburban neighborhoods and by several churches. My favorite of all the churches we saw was the Iglesia de Santa Maria. My immediate reaction to it was “at last, a people-sized church.” This gem, dedicated to Santiago Peregrino, was perfect in a way that the ostentacious cathedrals could not match. And hidden under the porch overhangs on the left were beautiful hand-painted murals which we would have easily missed had we walked along the opposite side of the church. 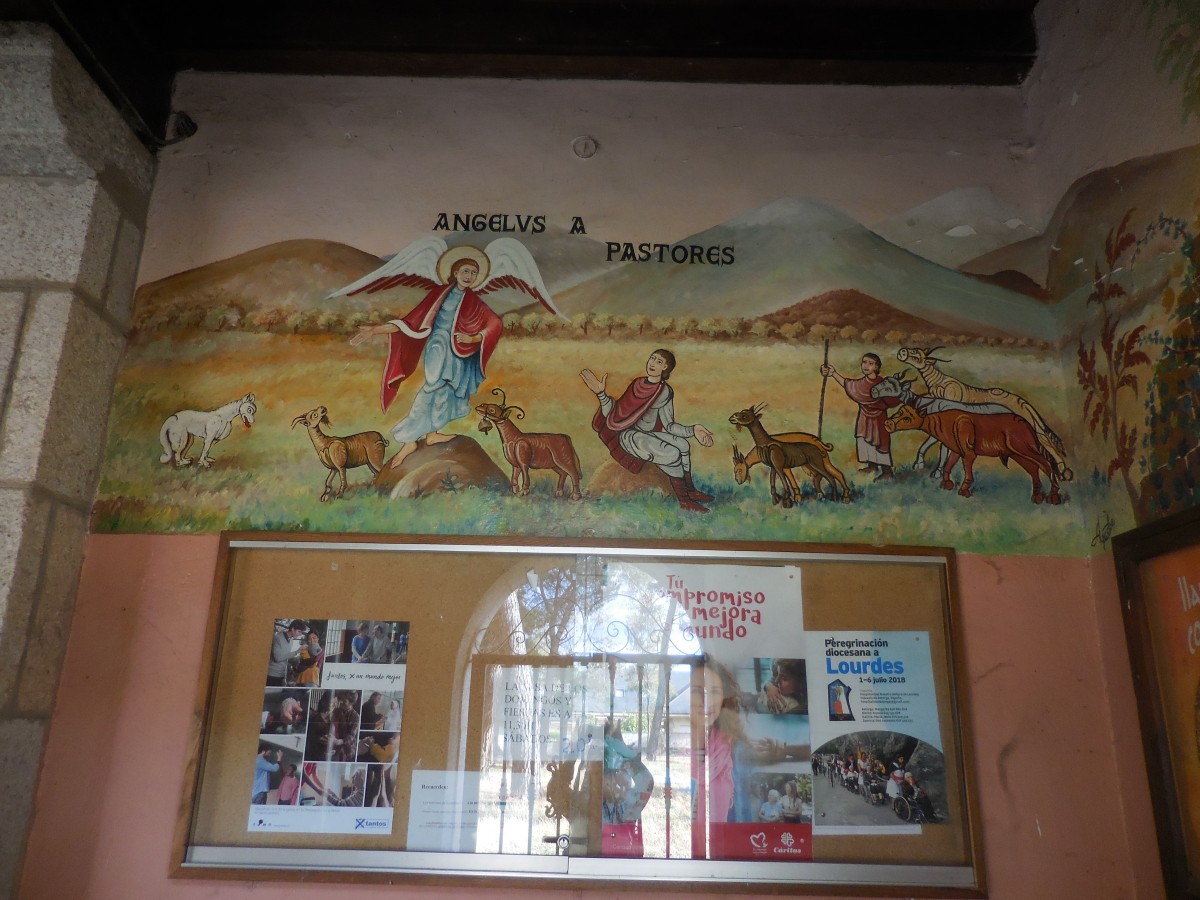 Judi and I left before dawn this morning, not hard when the sun comes up after 8:30. We did more than the requisite twelve miles; in fact, we will only have eight to walk tomorrow. Our trail followed a valley between several very steeply sloped hills and along the Rio Valcarce. The day was warm and, even though it was a relatively easy day, we were plenty tired by the end of it. 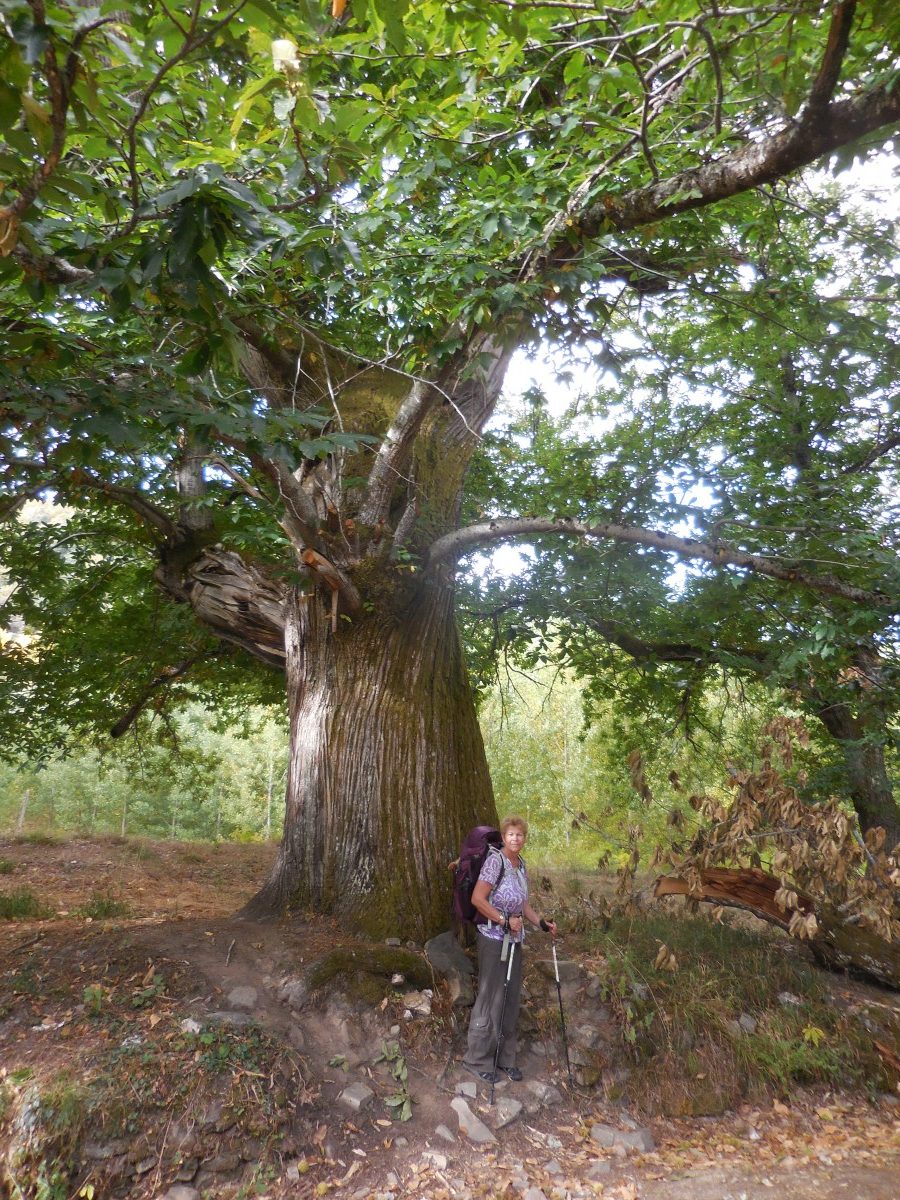 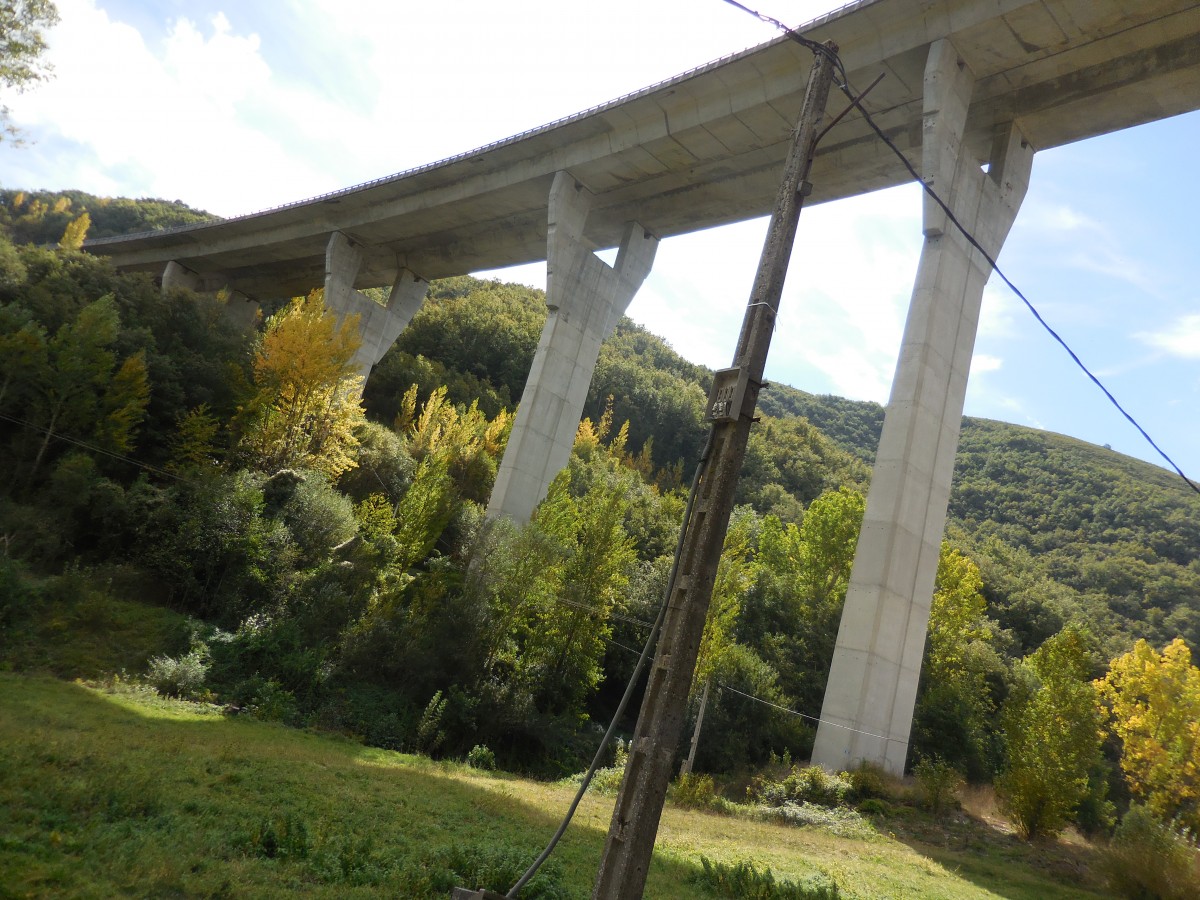 Tomorrow morning early we will leave for O’Cebreiro in Galicia, a Celtic village on a hilltop just eight miles from where we will sleep tonight.