Warning: count(): Parameter must be an array or an object that implements Countable in /home/customer/www/candiatothecamino.com/public_html/wp-content/plugins/closify-maestro-image-uploader-gallery-builder/includes/cmb/init.php on line 746
 To the End of the Earth – Finisterre – Candia to the Camino
Skip to content

The final destination for many pilgrims on the Camino, even after the Cathedral in Santiago, is Finisterre, the place that the ancients believed was the end of the earth. Judi and I made the trip in the comfort of a bus rather than on foot. It was the perfect way to spend our last full day in Spain.

Our first stop was a Galician village that has been preserved to show a glimpse of medieval life.

Our second stop was at the site of one of only seven waterfalls in Europe that flow directly into the ocean. 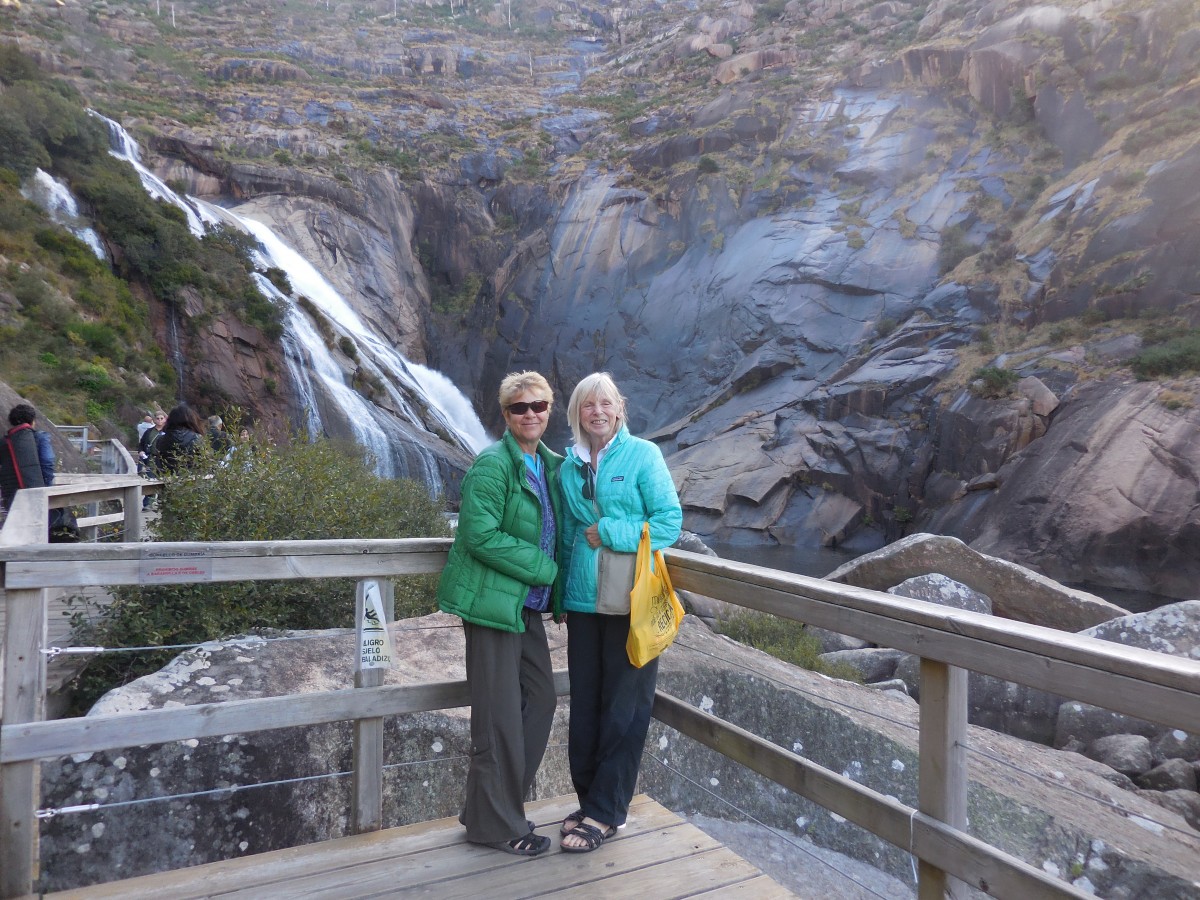 Muros, an old harbor town and the site of a large estuary where mussels are farmed, had a tall ship at dock. The Wyld Swan was originally built in Germany in 1920 as a steamship, but has sailed under the Dutch flag as a training vessel since 2010. We watched as a crew of young sailors rigged one of the sails. 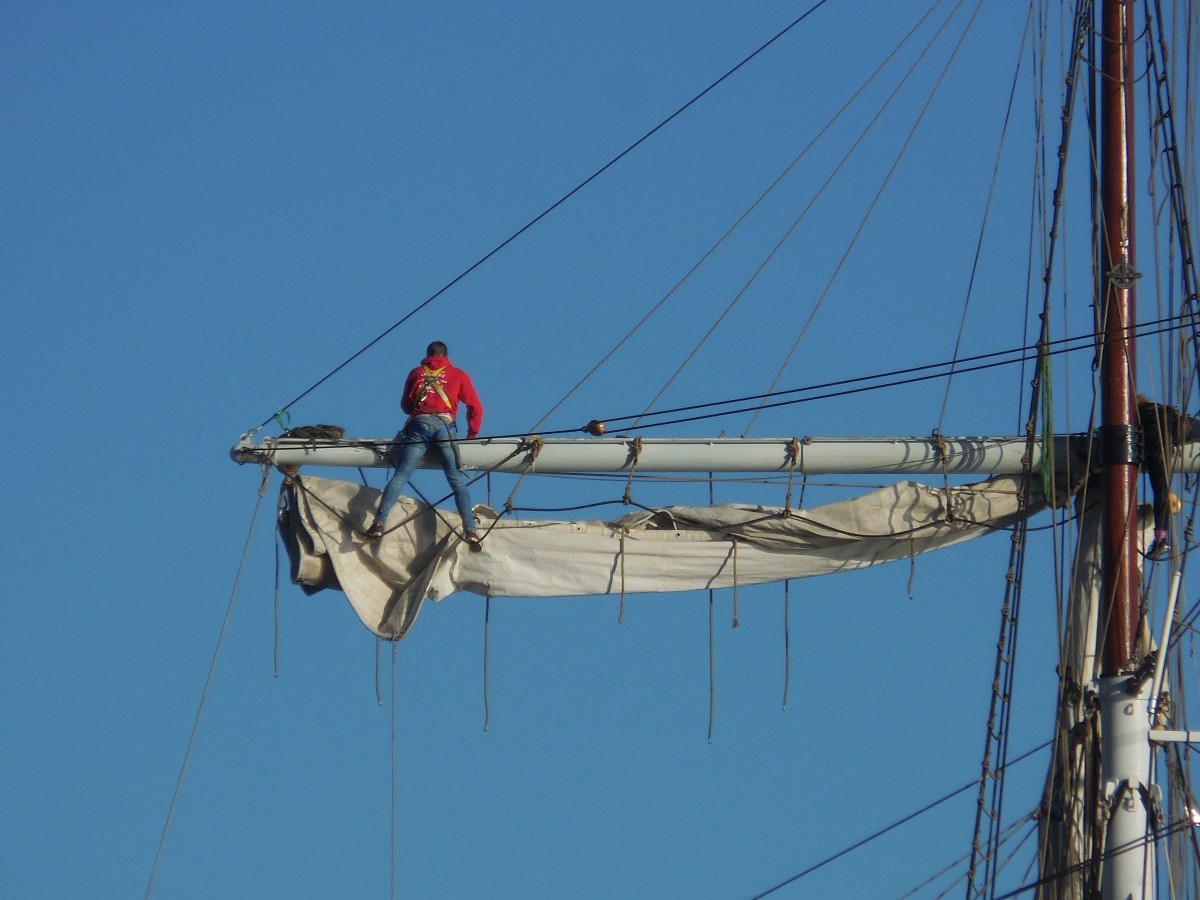 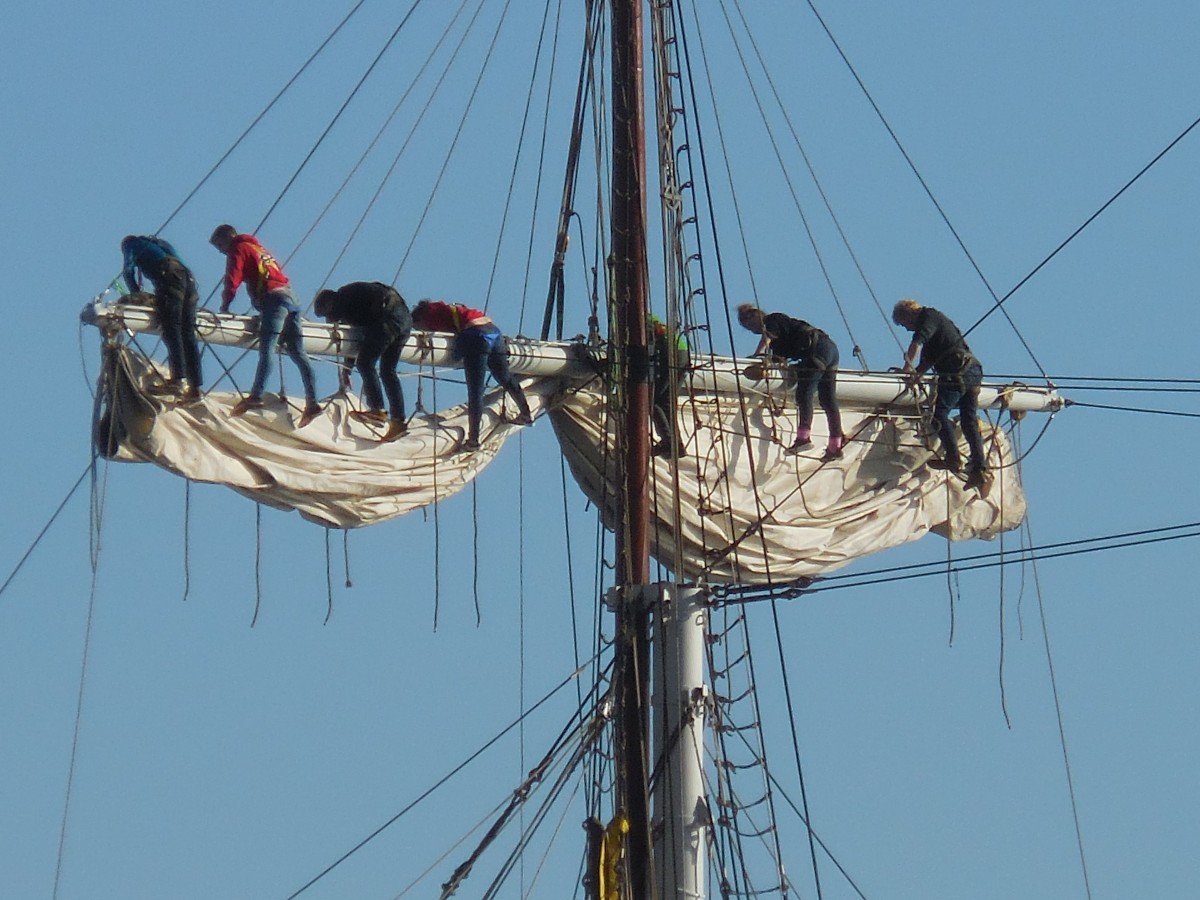 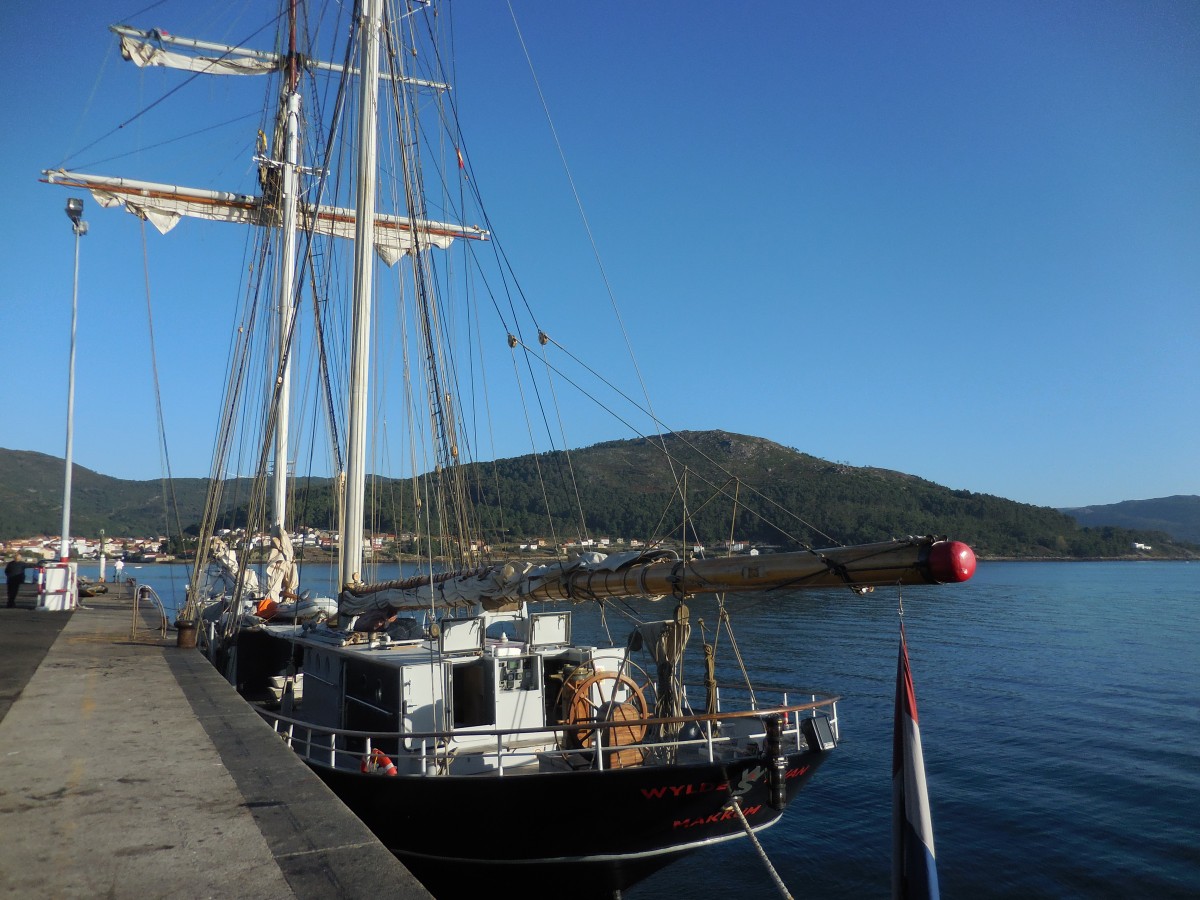 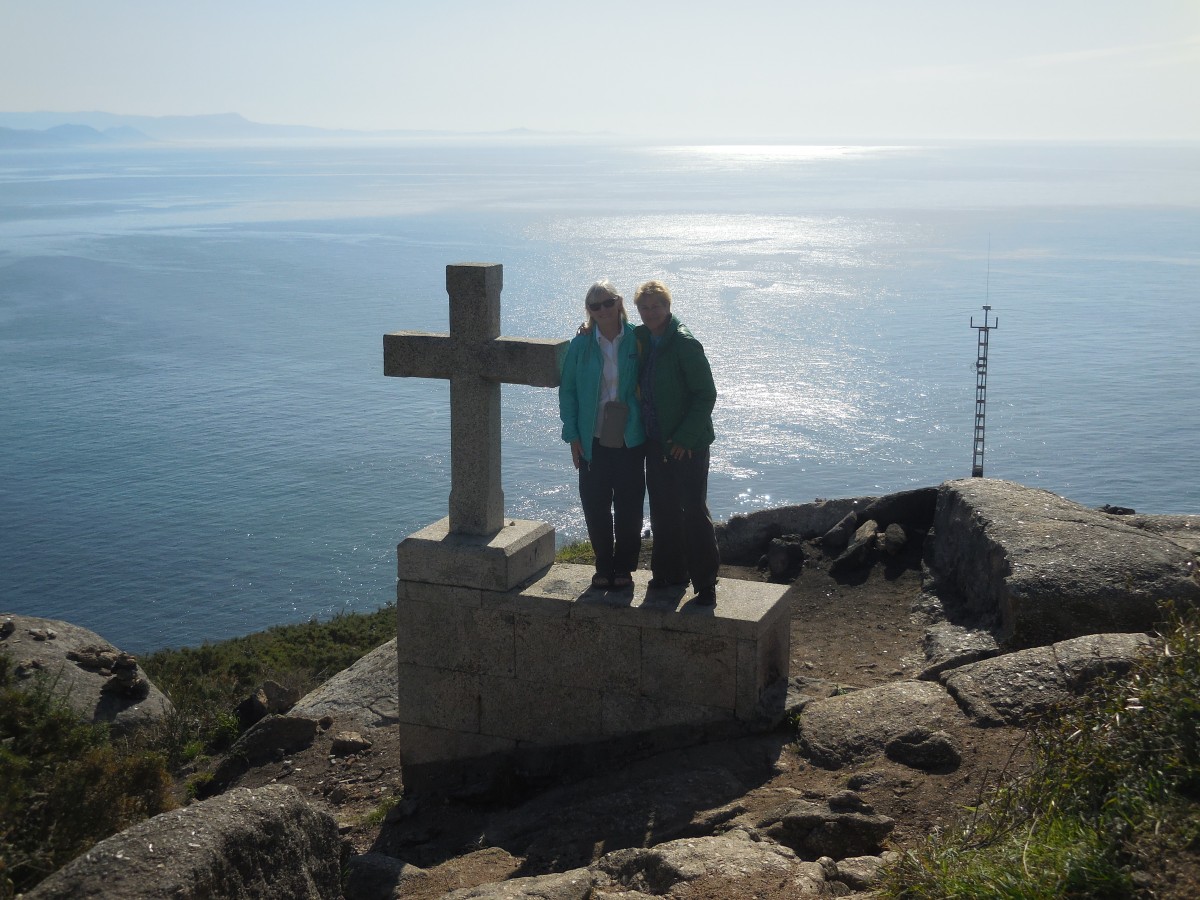 Our last stop, Muxia, was the most dramatic, with waves crashing onto the rocks. Muxia is on the Costa da Morte, the Coast of Death, so named because of the many shipwrecks here. The Prestige, an enormous oil tanker,  split apart on the rocks and spilled thousands of tons of petrol. Oil can still be seen on the rocks. 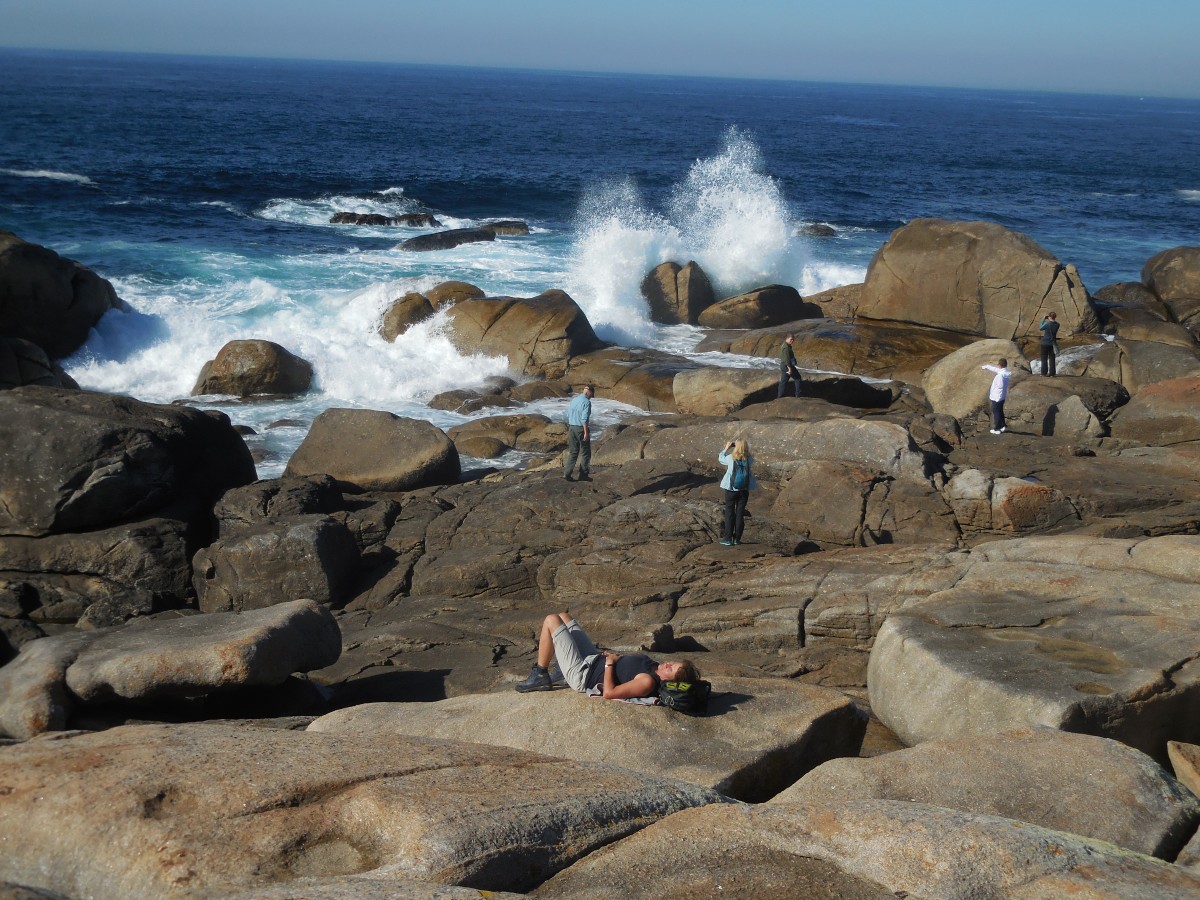 Legend has it that the Virgin Mary appeared here, sailing a stone boat. The Celtic stones here are said to be the remains of that boat.

“And so to bed,” as Samuel Pepys wrote. And tomorrow  – home!

7 thoughts on “To the End of the Earth – Finisterre”