Warning: count(): Parameter must be an array or an object that implements Countable in /home/customer/www/candiatothecamino.com/public_html/wp-content/plugins/closify-maestro-image-uploader-gallery-builder/includes/cmb/init.php on line 746
 About the Little Villages – Candia to the Camino
Skip to content 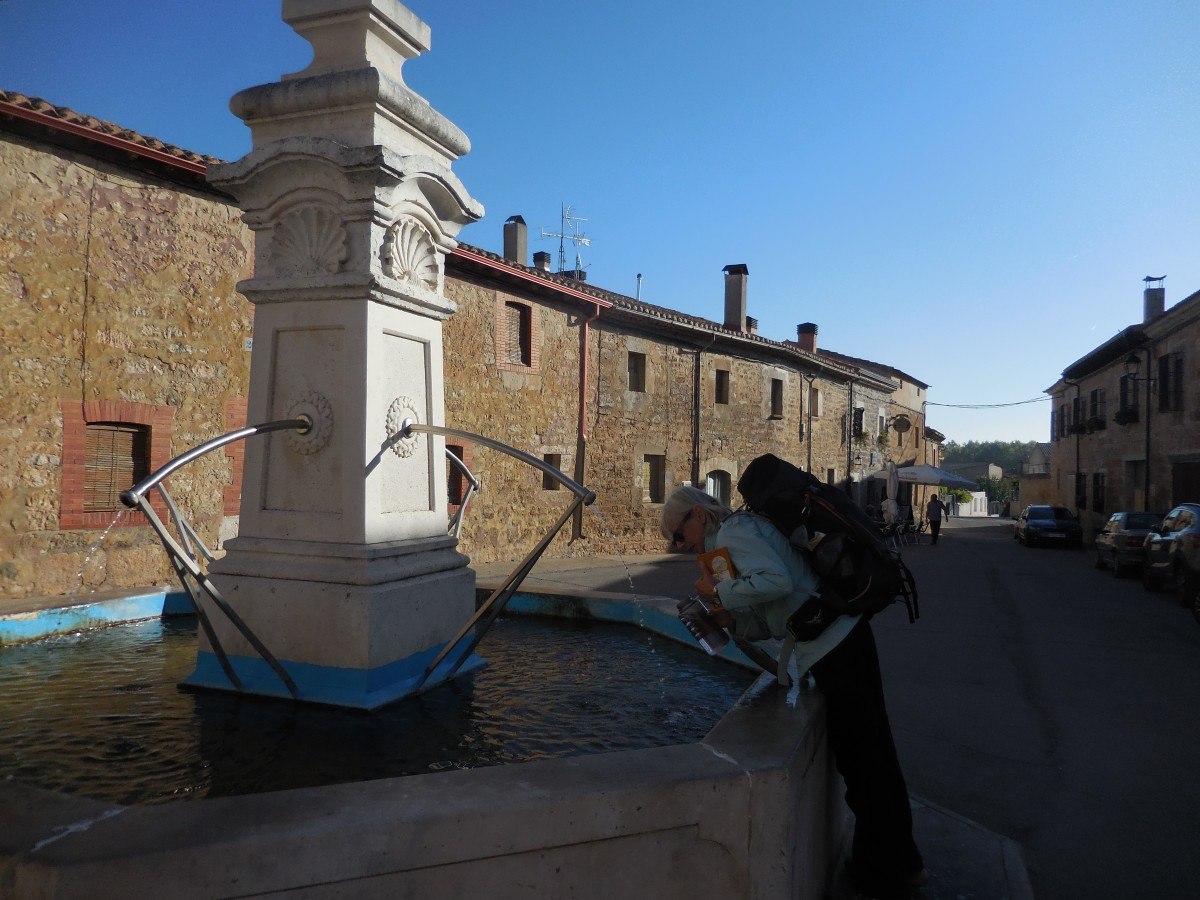 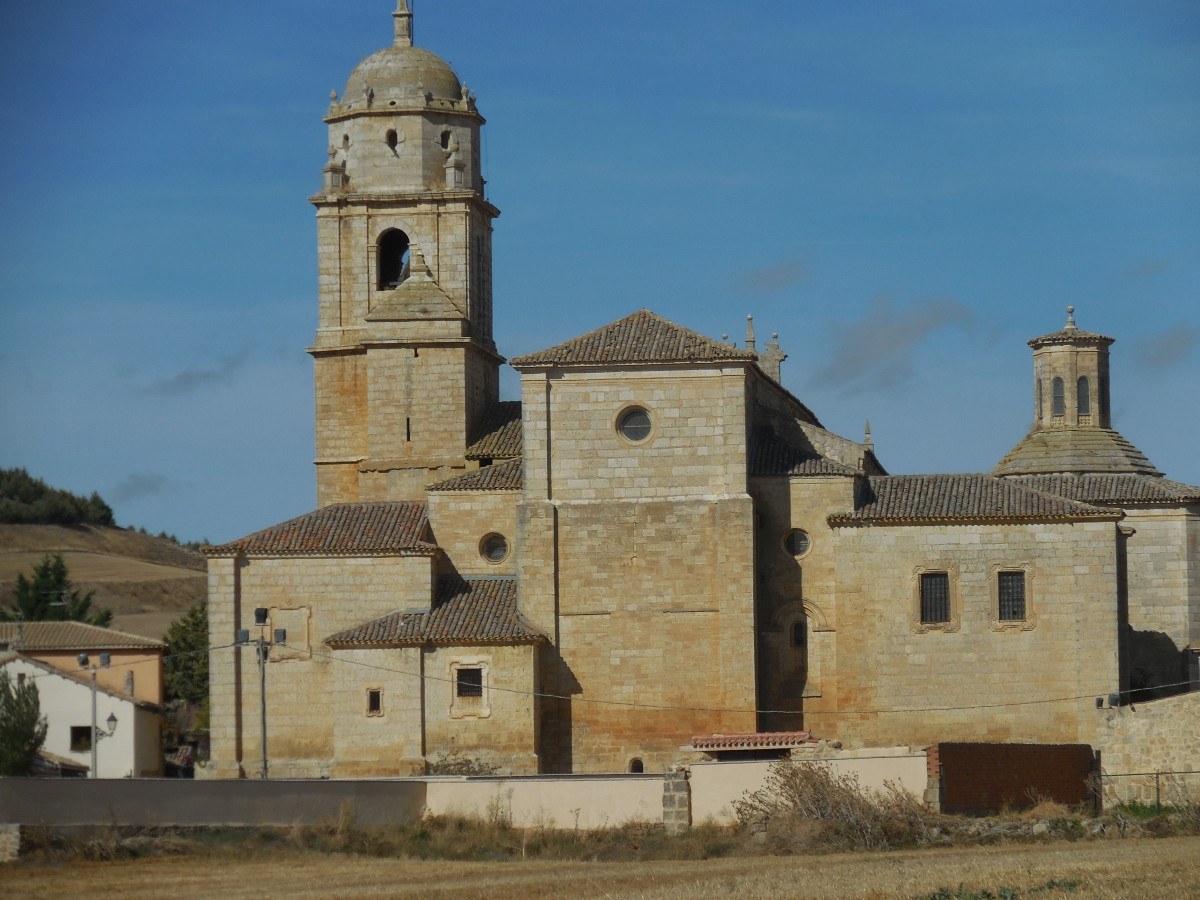 The little towns are so similar: a cluster of sand-colored buildings tucked into a small valley, a church bell tower and steeple jutting skyward, cobblestoned streets, outdoor cafes with tables for four, little mixed-breed dogs wandering and marking the corners of a building with a salute. Every town we enter, though, delights us. We feel transported back to the days when much earlier pilgrims passed these same buildings. They must also have been glad for some refreshment or a simple place to rest for the night. 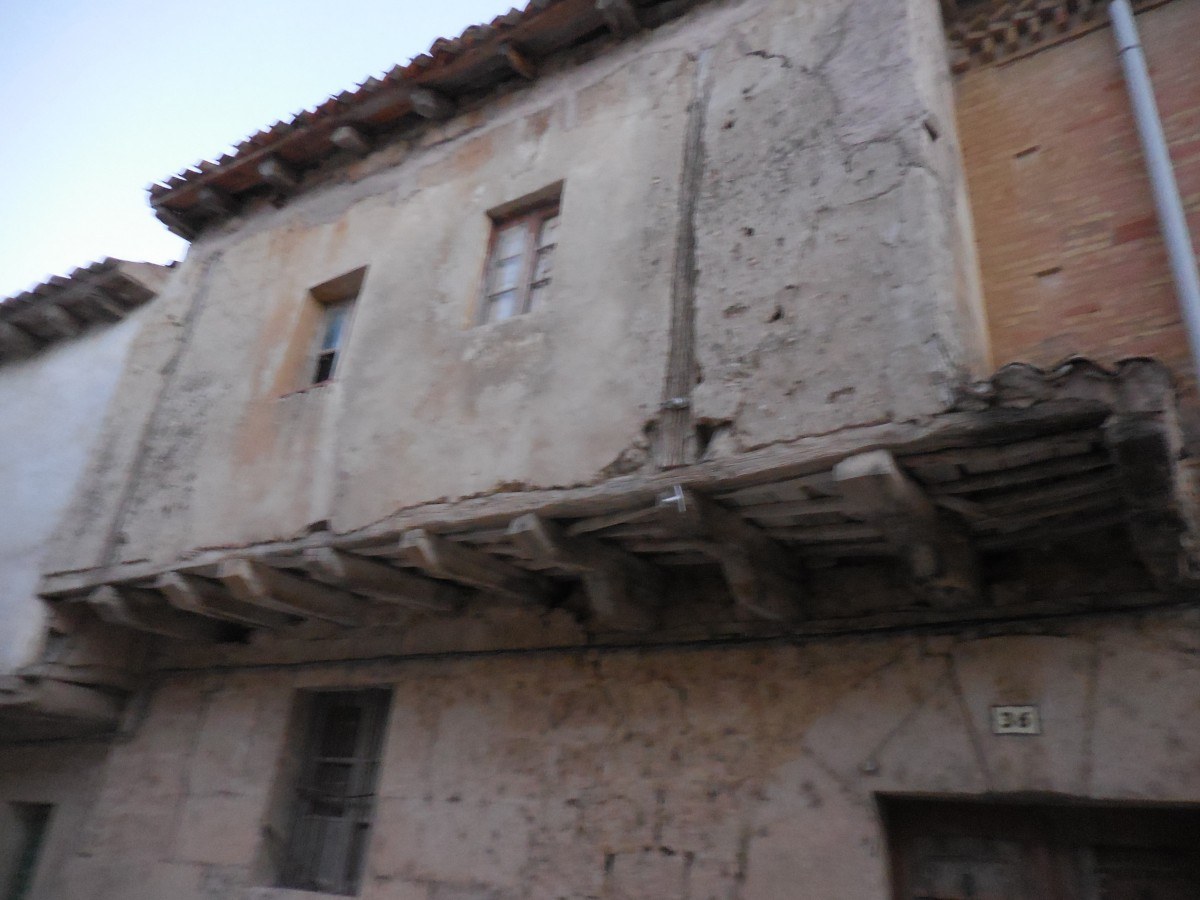 Each town, though, has its own special delights.

In Hornillos del Camino, for example, is the Green Tree, a restaurant that specializes in fresh, delicious vegetarian food. 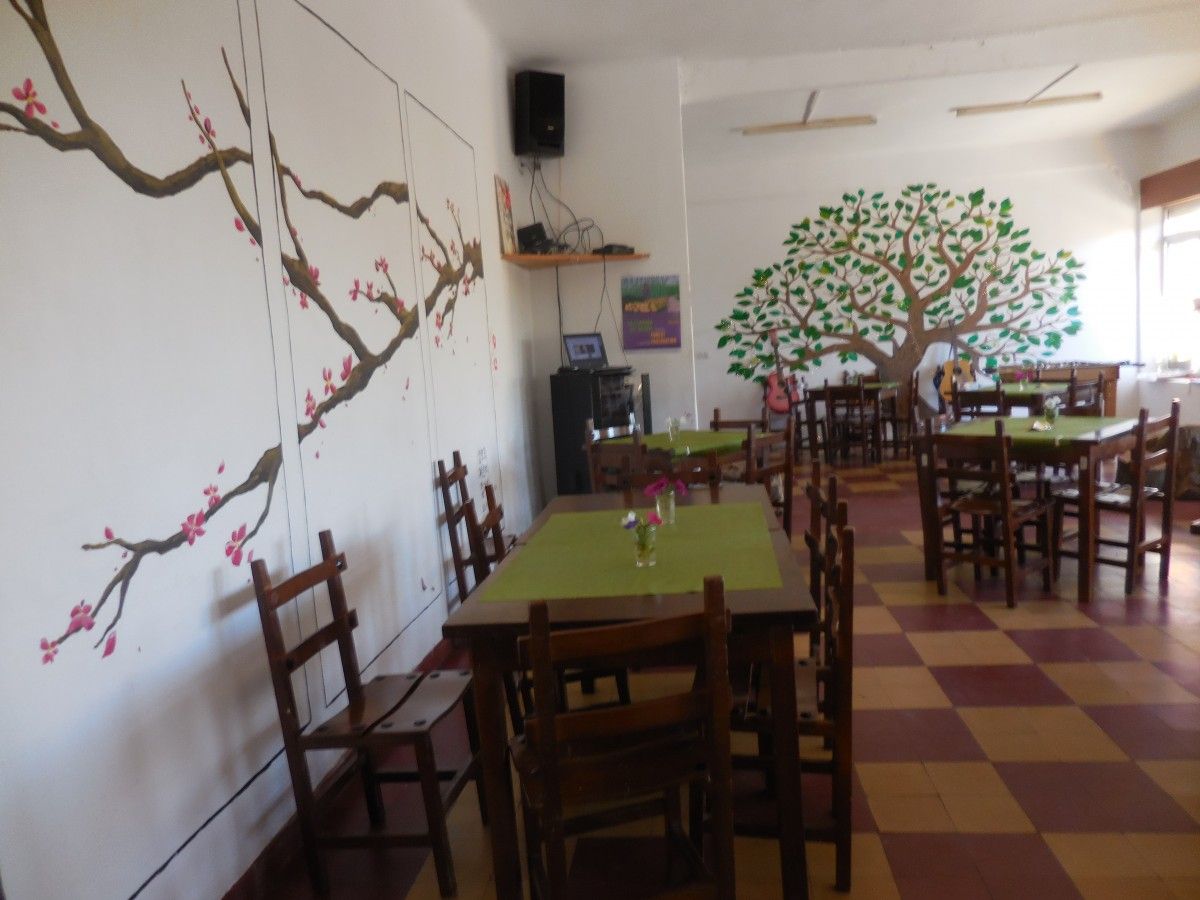 It is a place that attracts interesting people: a masseuse who offers her massages for a donation and has lived in ashrams and has studied yoga in India, a local woman who loves to sing the music of Edith Piaf, and an Italian girl who created poetry for the restaurant door. 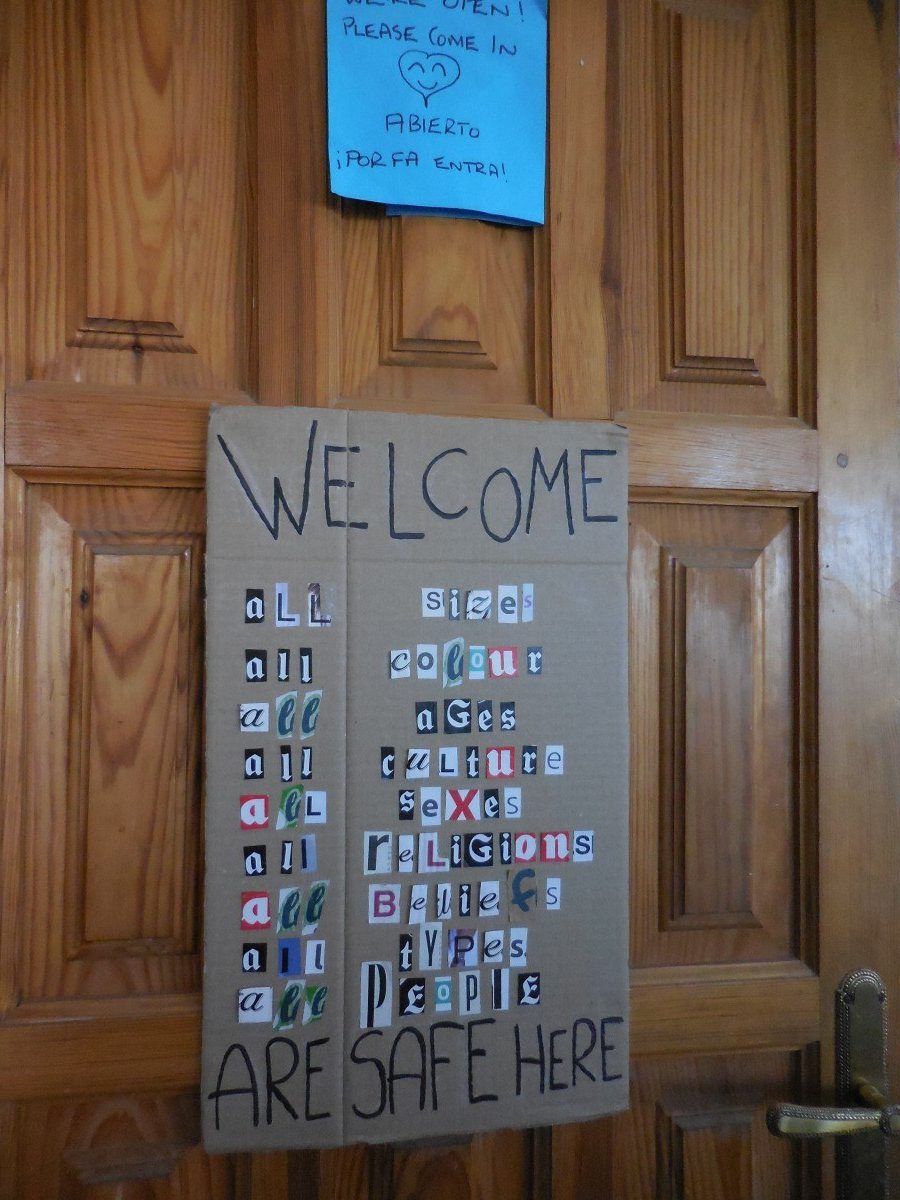 The owner herself has a story. On a Camino pilgrimage through Hornillos, she fell in love with a Spanish man, and, as she says, “We made a baby.” She later relocated from her native Ireland to raise her child with her Spanish husband and open her restaurant.

After Judi and I had enjoyed vegetable curry at the Green Tree, Judi took advantage of the offer and had a long massage. The massage therapist told her, when Judi asked where she had been born, that she had been born in the universe. Judi said that the woman recited gentle, wise sayings as she performed the massage. 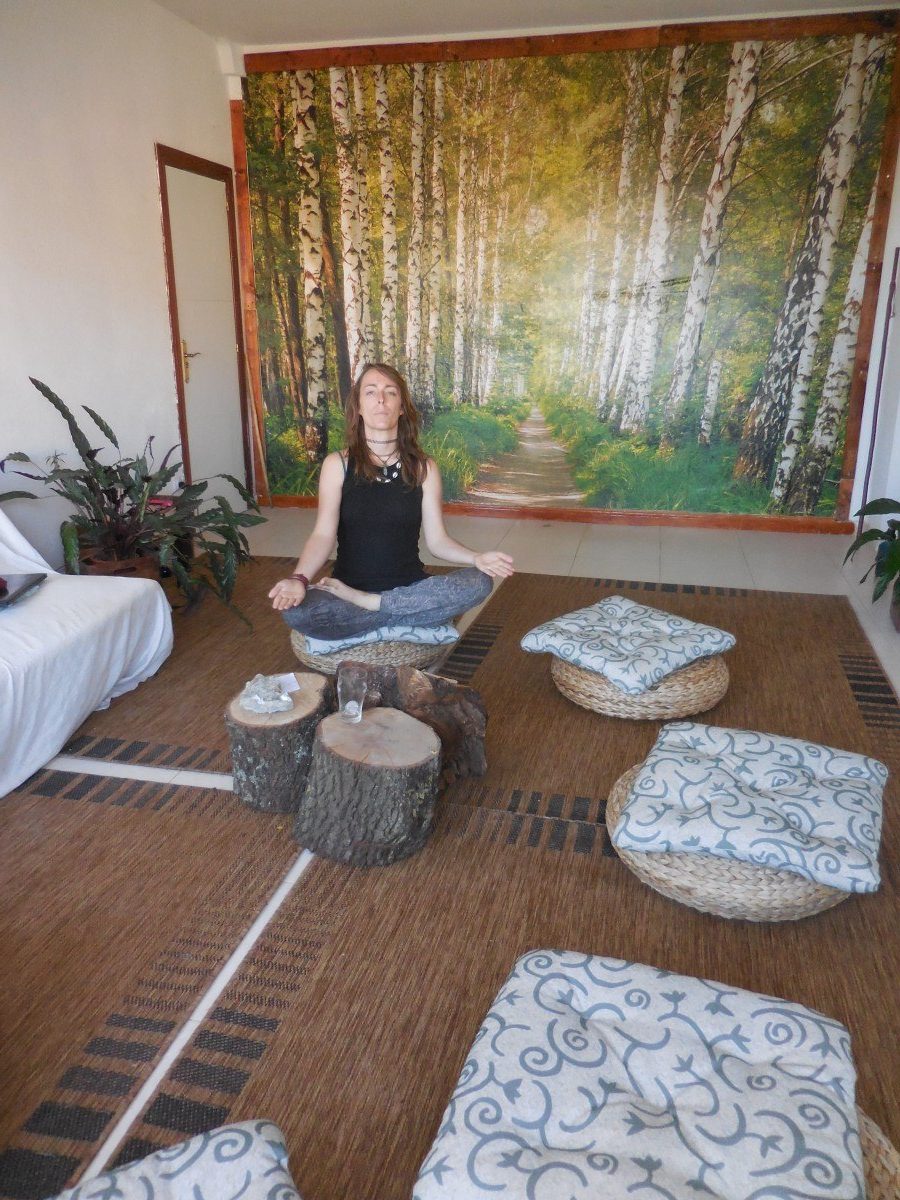 Judi later came back to the albergue more relaxed than she had been in days.

I also was seeking rejuvenation and went to the pilgrim service at the church adjacent to our albergue. When I entered the sanctuary, the rich baritone voice of the priest bounced off the vaulted stone ceilings as he chanted. Only one other person was there, a pilgrim deep in prayer, his head resting on his folded hands on the back of a plain wooden bench. Minutes passed, more pilgrims filed in and sat down, and the priest finished his chanting. Smiling and seeming glad to see so many of us, he motioned us to sit in the very front pews. “Tu pais?” he asked each of us….”Which country?” Australia, Korea, Germany, Canada, the United States, Spain, Italy, Denmark, we told him. 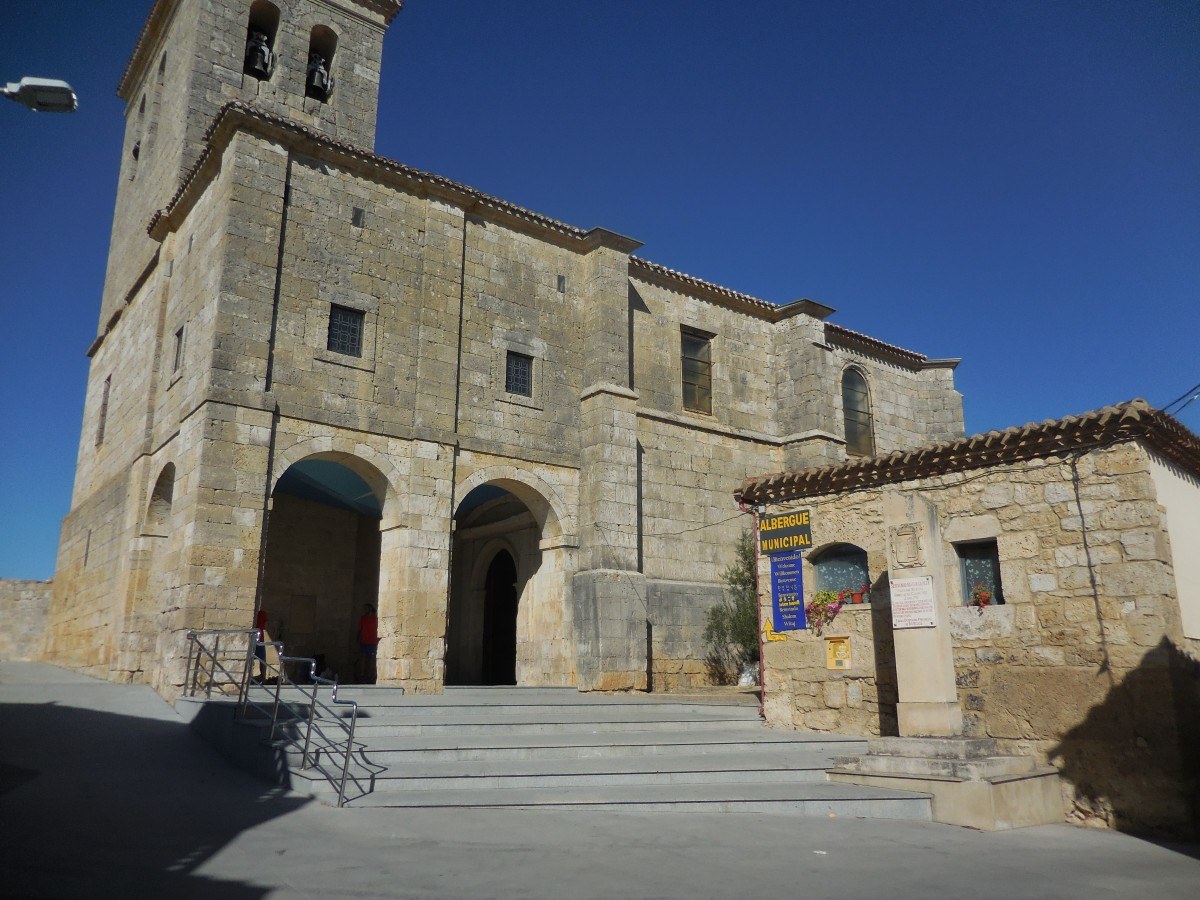 The priest, dressed in the whitest vestments, turned and scurried to find papers of translations of the pilgrim prayers and benedictions, his green-trimmed cape billowing out behind him. He called on us to read the words asking God for our safe arrival in Santiago.

To my surprise, the priest said, “Sing a song from your country,” and pointed to members of the congregation. In spite of our initial embarrassment, many of us sang familiar songs, mostly religious, the acoustics enhancing our less than stellar voices. In honor of that day being my father’s 96th birthday, I swallowed my pride and sang a verse of the hymn “This is My Father’s World,” one of my dad’s favorites. It was the perfect birthday remembrance of my father.

After the priest spoke the last benediction, he gathered us together like old family in front of the church for group pictures and then offered to stamp our pilgrim credentials and attended to each of us separately. With a broad smile, he stamped my credential, placed his large, strong hand firmly on my head, and recited a short prayer. He then drew the sign on the cross with his thumb on my forehead. What a caring, warm gesture. 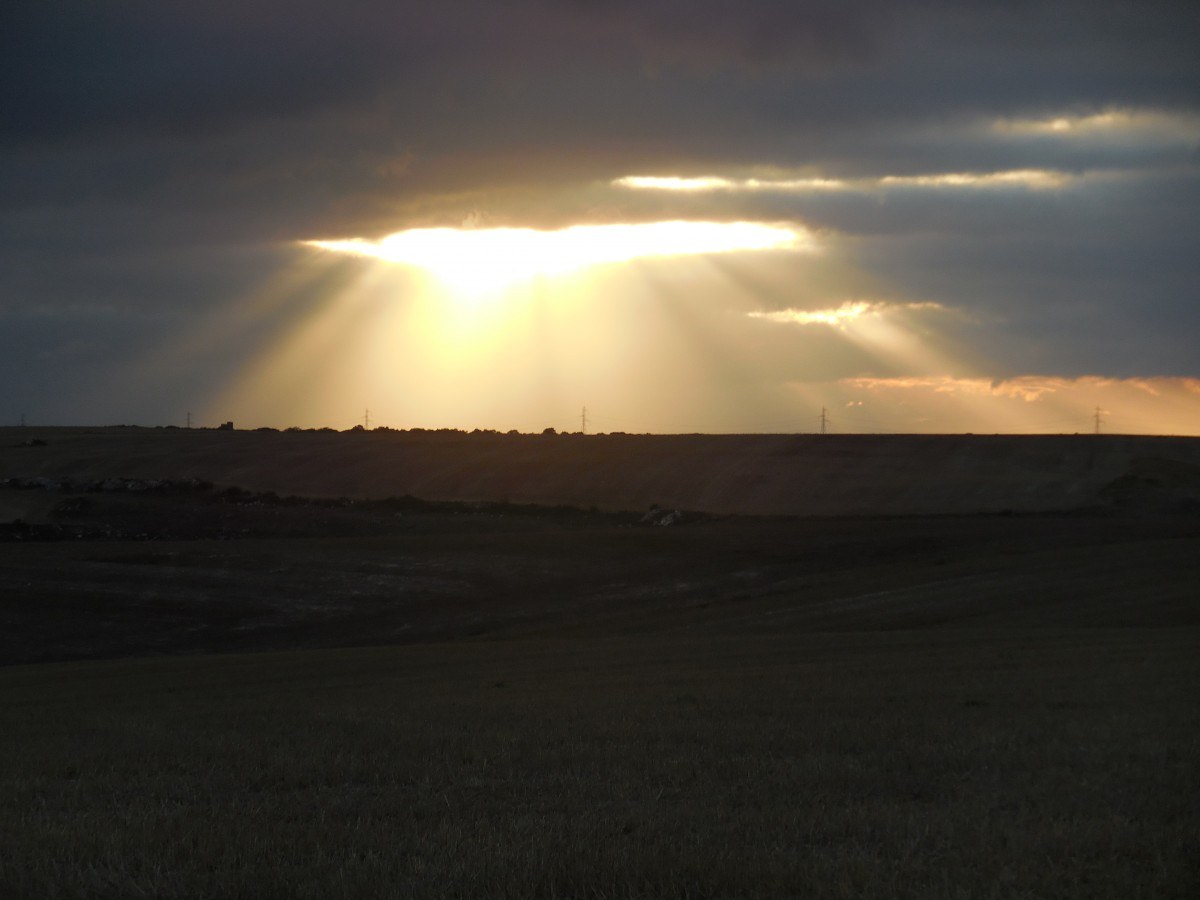 6 thoughts on “About the Little Villages”