Warning: count(): Parameter must be an array or an object that implements Countable in /home/customer/www/candiatothecamino.com/public_html/wp-content/plugins/closify-maestro-image-uploader-gallery-builder/includes/cmb/init.php on line 746
 A Little Celtic Village in Spain – Candia to the Camino
Skip to content

Along the Camino, about 1300 meters (4000 feet) above sea level, is a little town that was originally settled by Celts centuries ago. Judi and I reached O’Cebreiro after a day of walking in the rain and wind, tired from carrying our twenty-pound packs up rocky trails, but glad to find shelter in a stone hotel. We treated ourselves to a room with only two beds and with the real luxury of a bathroom just for the two of us. 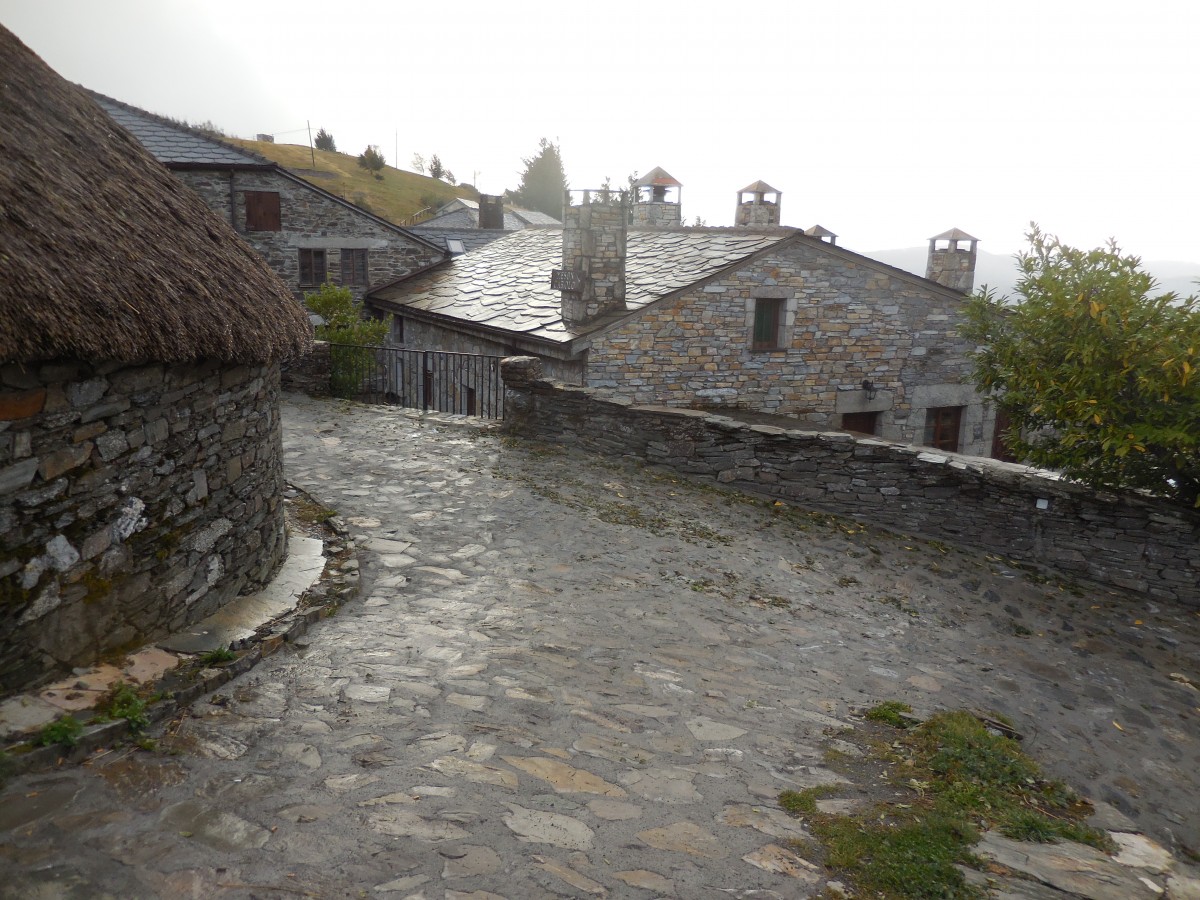 Outdoors the wind whipped, but inside a small restaurant near our hotel we were snug and warm. The stone walls of the restaurant retained the heat of a large cookstove where a woman stirred a huge pot of caldo galego, a traditional soup of potatoes and kale which was delicious with crusty bread. 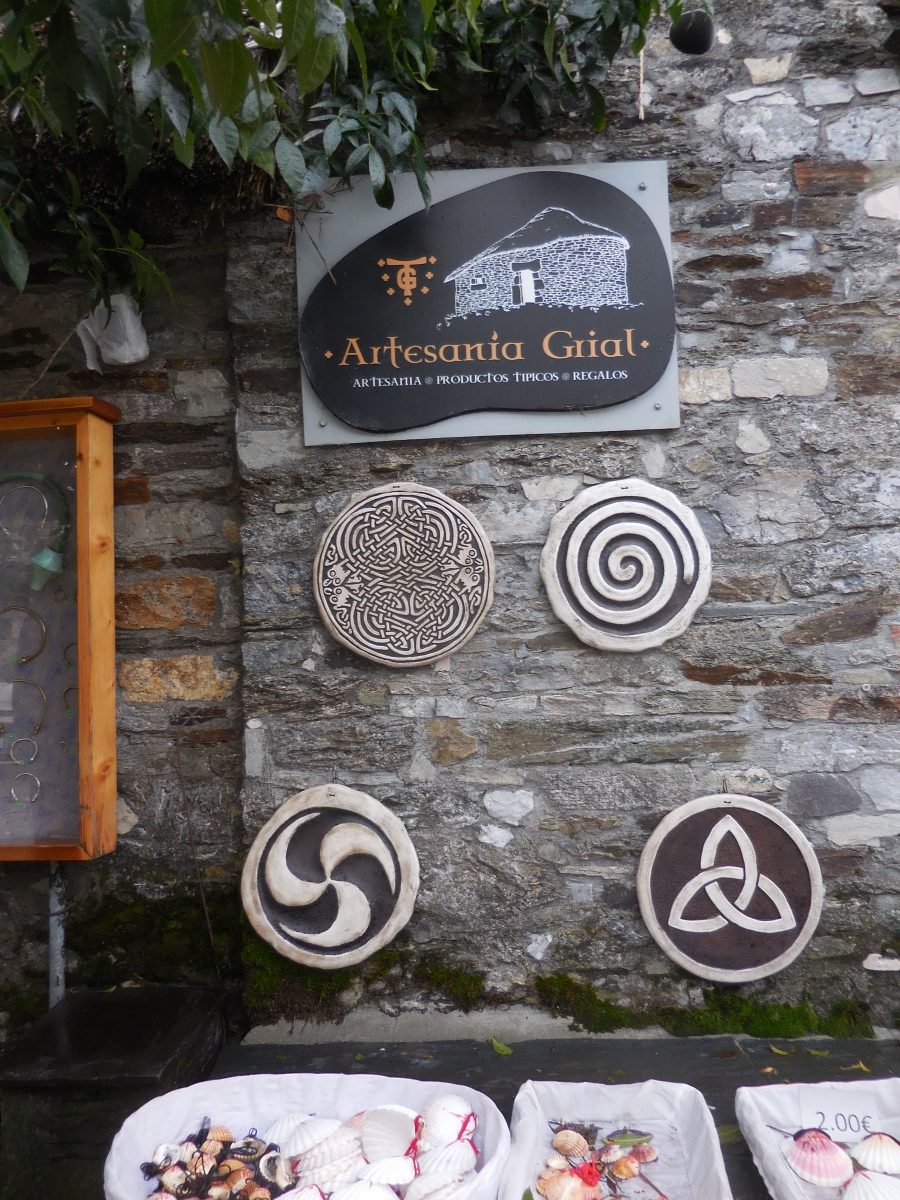 The local merchants proudly capitalized on the village’s Celtic origins with offerings of artwork and trinkets.

Judi and I easily could imagine what winters at this altitude would have been like for its original inhabitants. They would have lived difficult lives, at best. 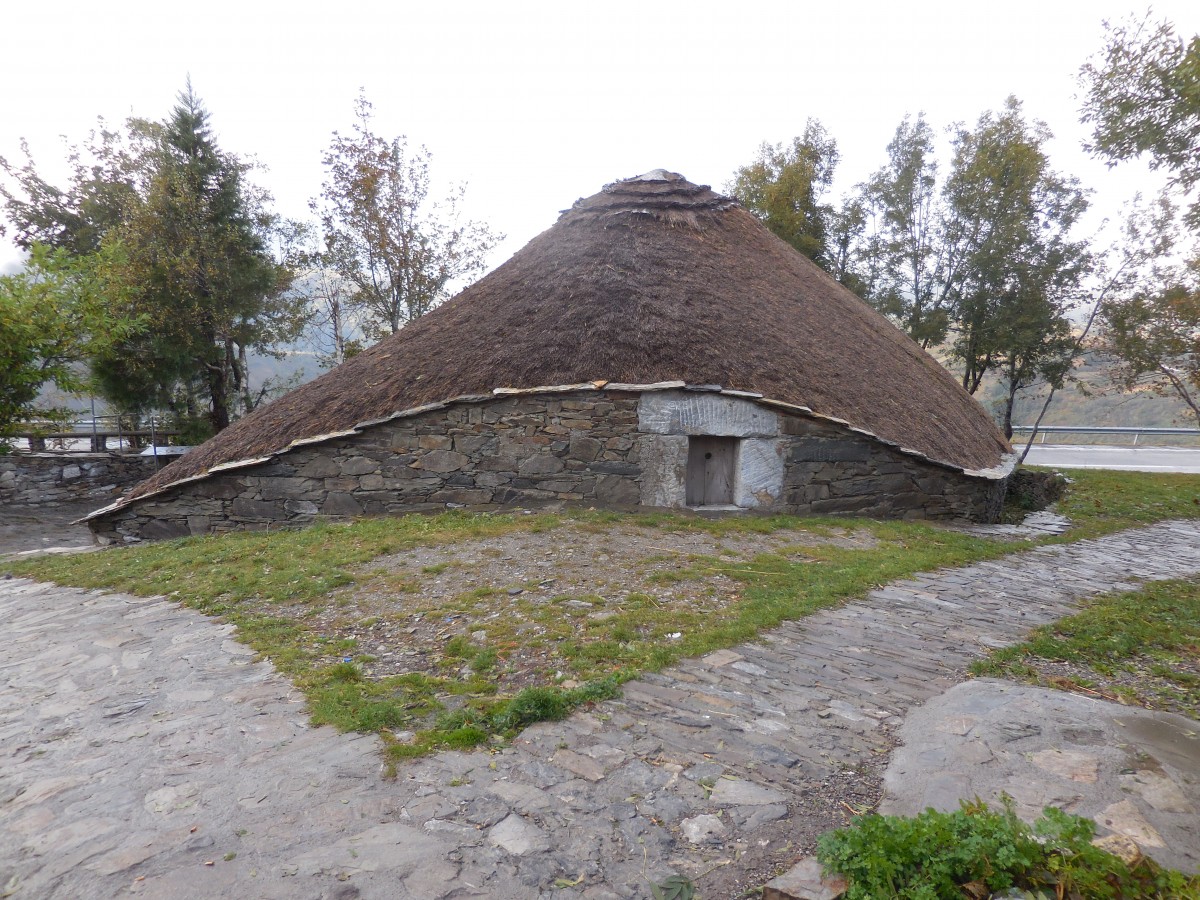 This morning’s hike down from the village was a long and difficult one, but as always full of sounds, sights, and smells: cows mooing, roosters crowing, and dogs barking in the greenest of patchwork fields, stone chapels with moss-covered walls, cowflaps aplenty under foot, and bone-chilling cold. 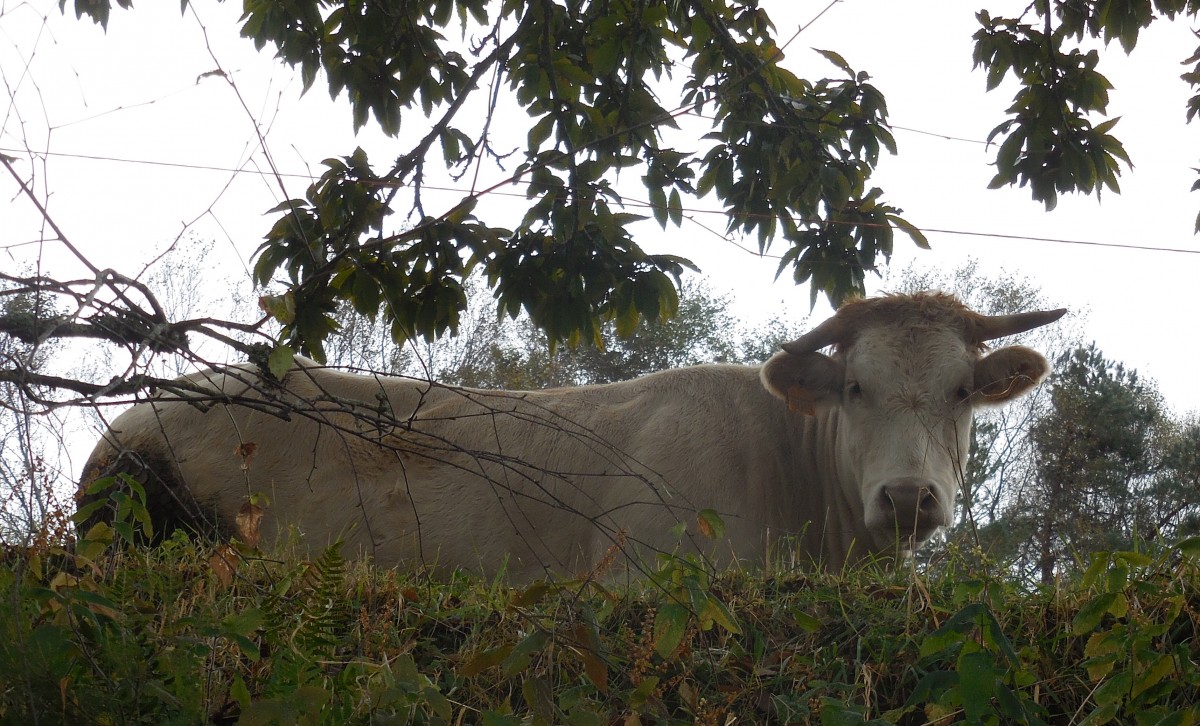 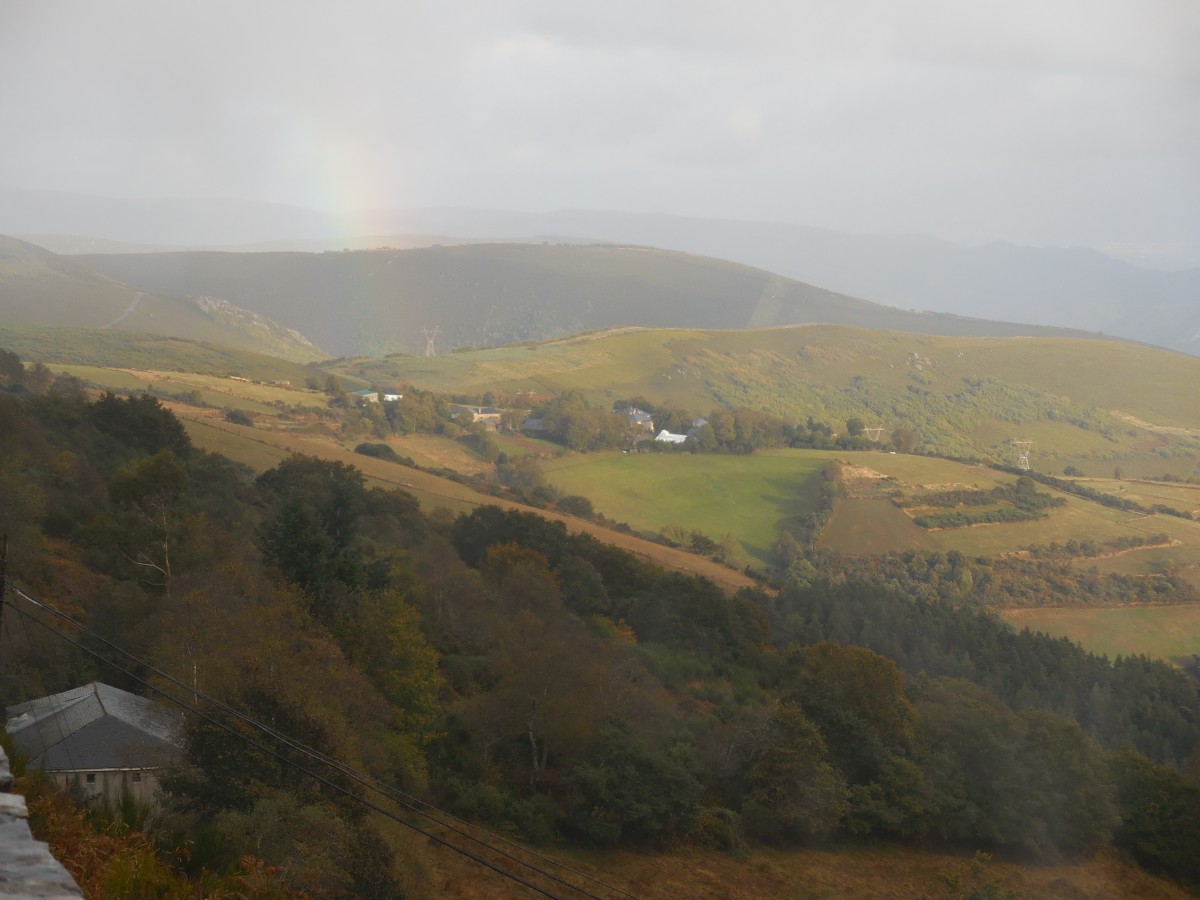 In the yard near our albergue is one more example of the Celtic roots of these people: a dolmen, this one is a storage place for grain, not (as the original dolmens were used) a tomb with a large flat stone land on upright ones. 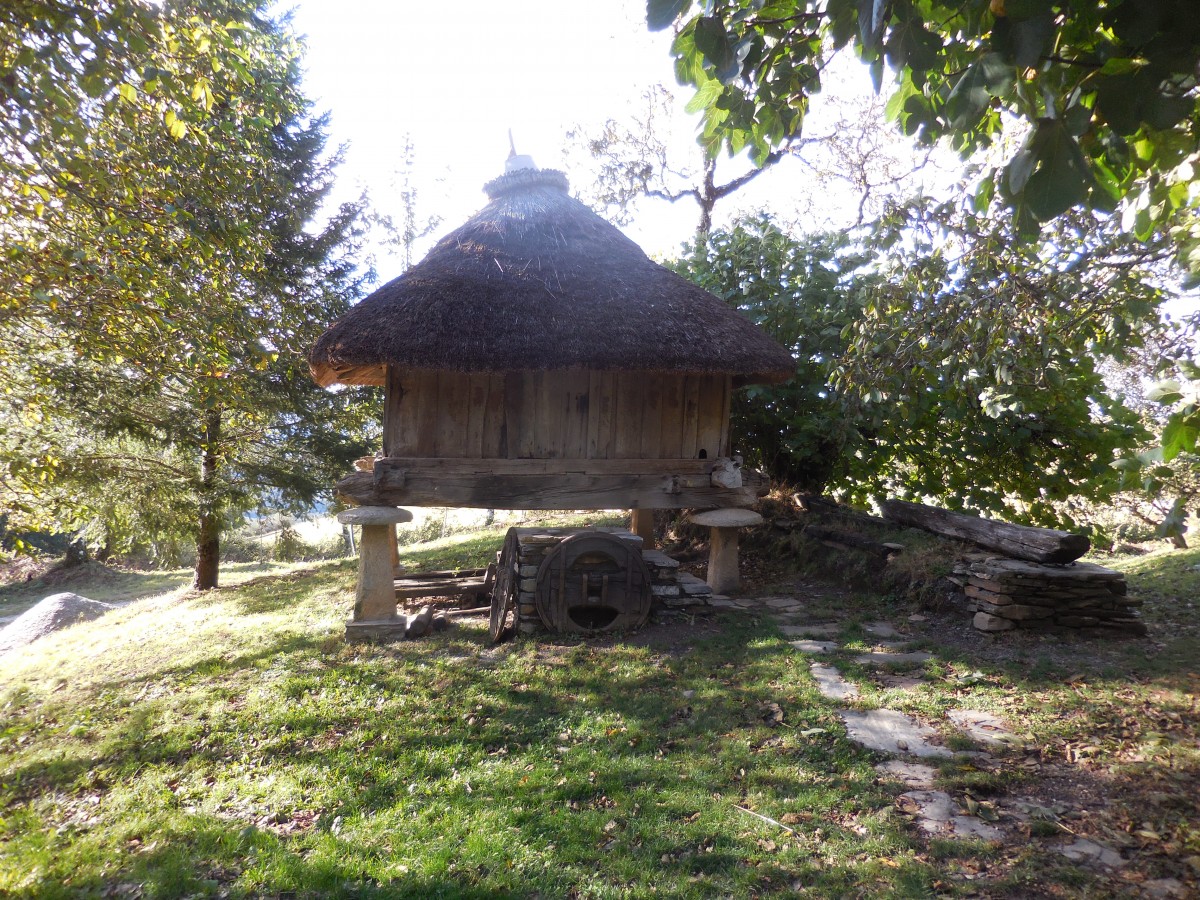 Like many peregrinos before us, Judi and I have loved Galicia. 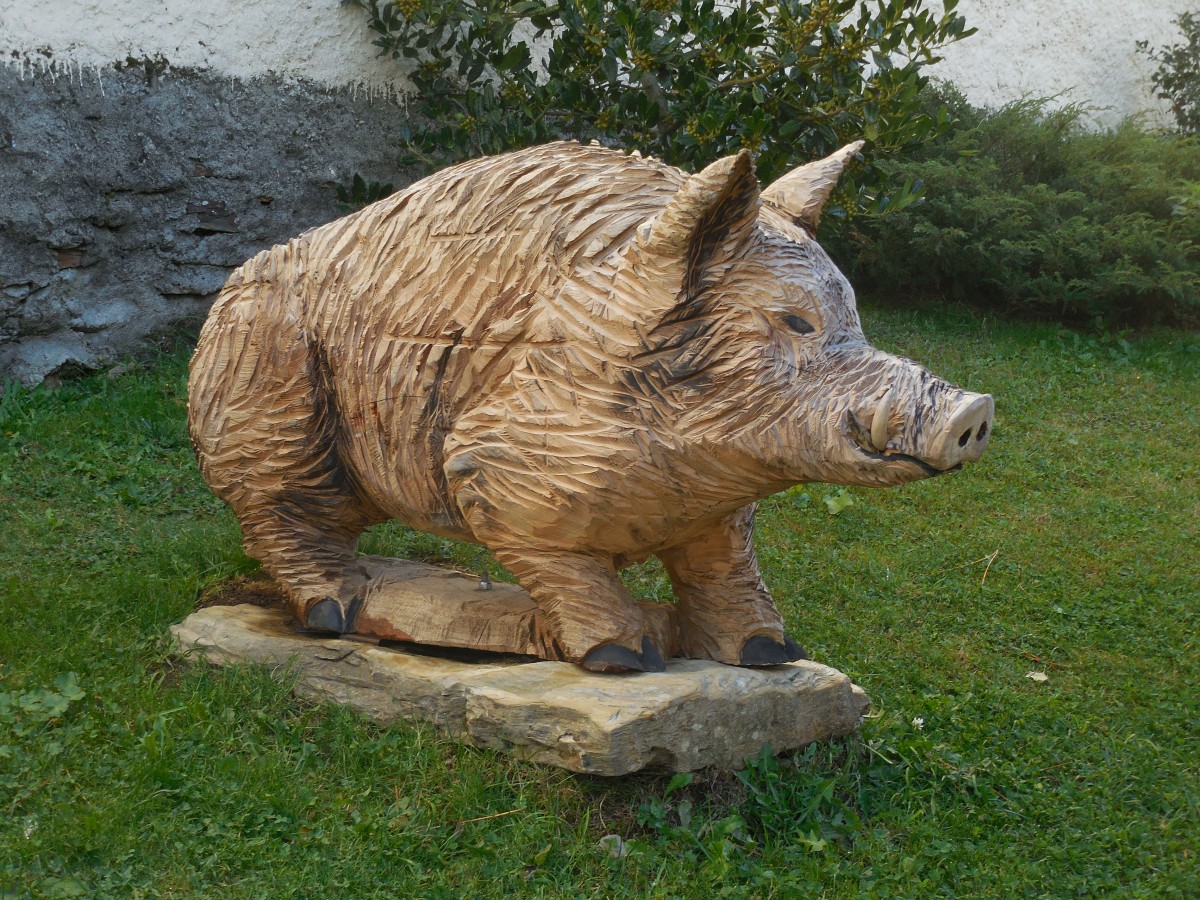 7 thoughts on “A Little Celtic Village in Spain”