Warning: count(): Parameter must be an array or an object that implements Countable in /home/customer/www/candiatothecamino.com/public_html/wp-content/plugins/closify-maestro-image-uploader-gallery-builder/includes/cmb/init.php on line 746
 A Day in Santiago – Candia to the Camino
Skip to content 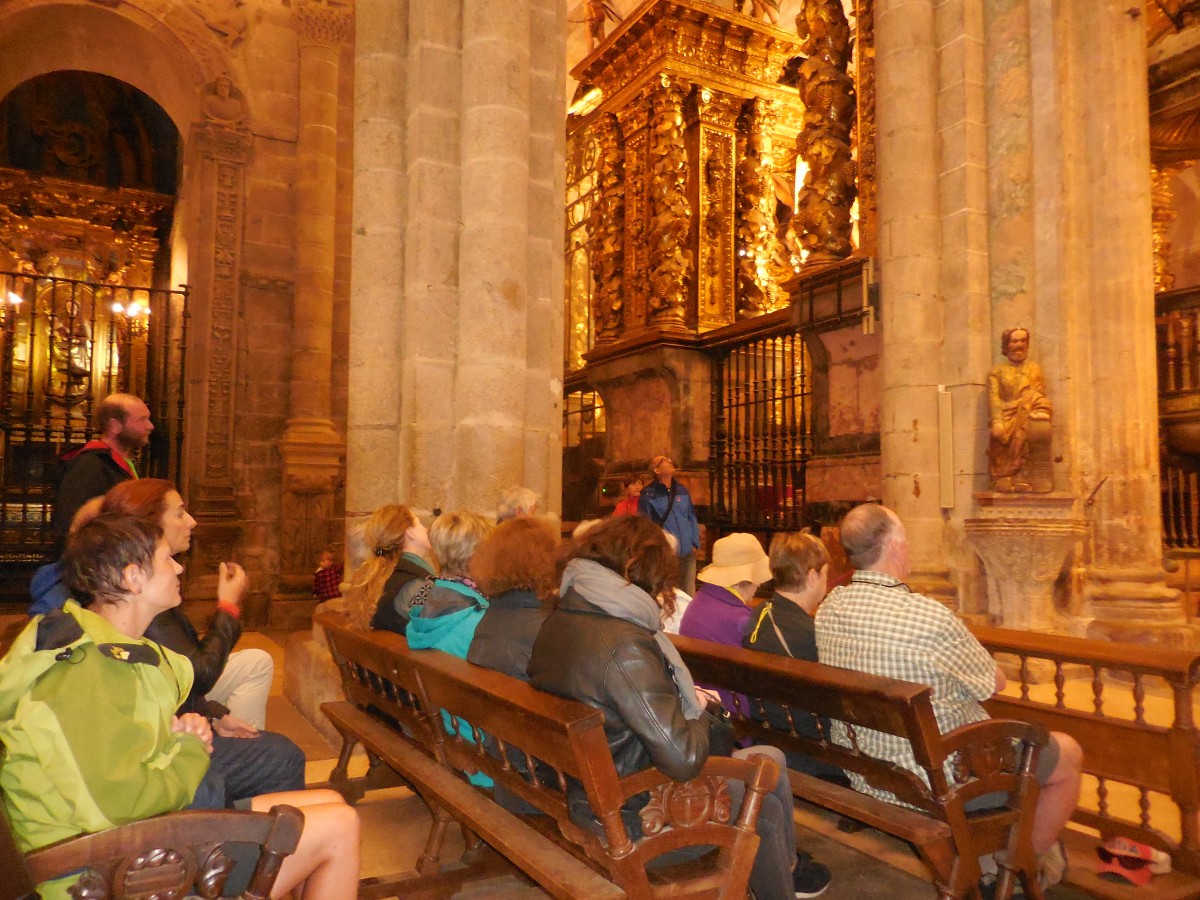 One of the capstone experiences for our Camino adventure was to attend the noon mass at Santiago Cathedral, the endpoint of the Camino de Santiago. Fortunately, Judi and I arrived at 11:00 to get good seats near the altar and to appreciate the opulence of the religious art. The cathedral holds more than 700 people and was full to overflowing, with people standing inside the doorways and in the side aisles. When the murmurs of the waiting crowd grew too loud, a security guard would quietly announce, “Silencio, por favor,” to maintain the dignity of the atmosphere. 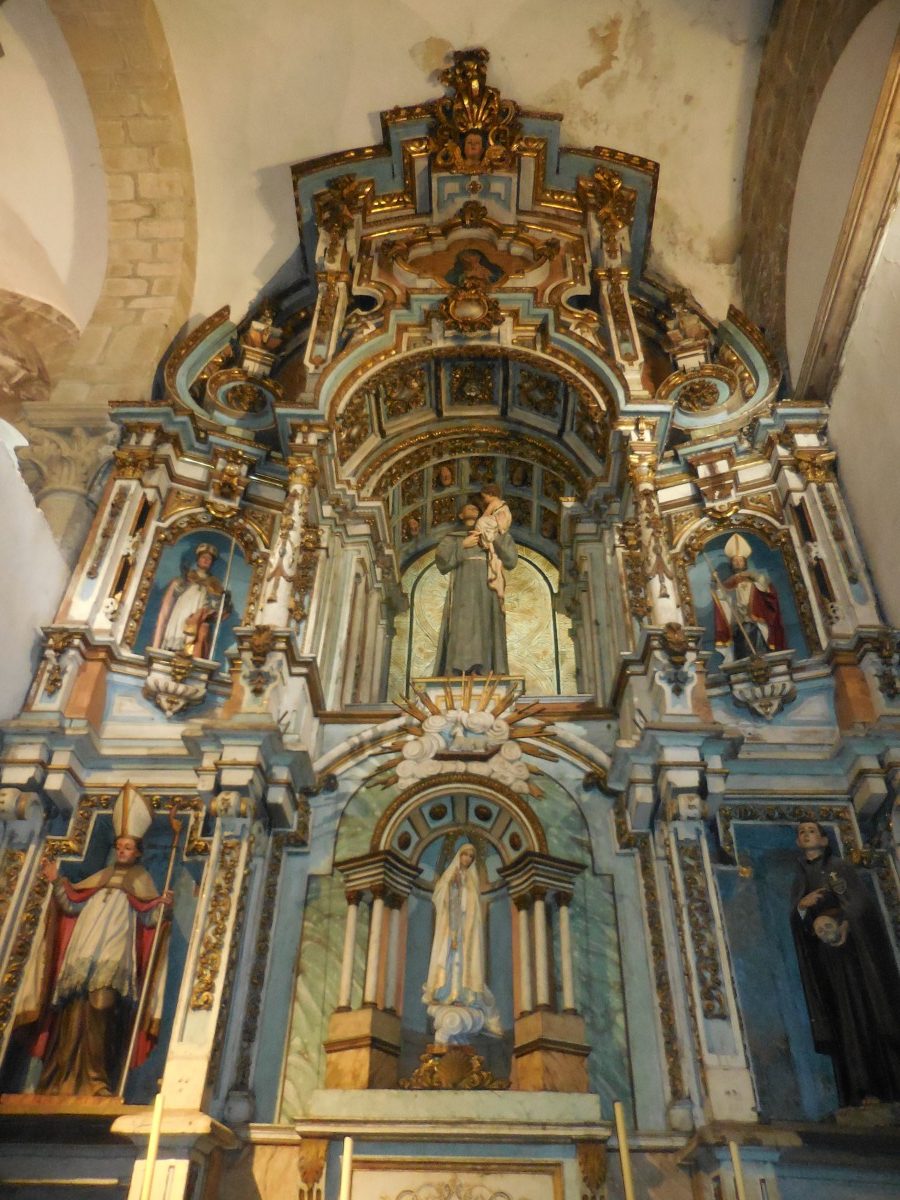 A priest celebrated mass, assisted by visiting clergy from Taiwan, Germany, England, and the United States, pilgrims who had completed the Camino this week. 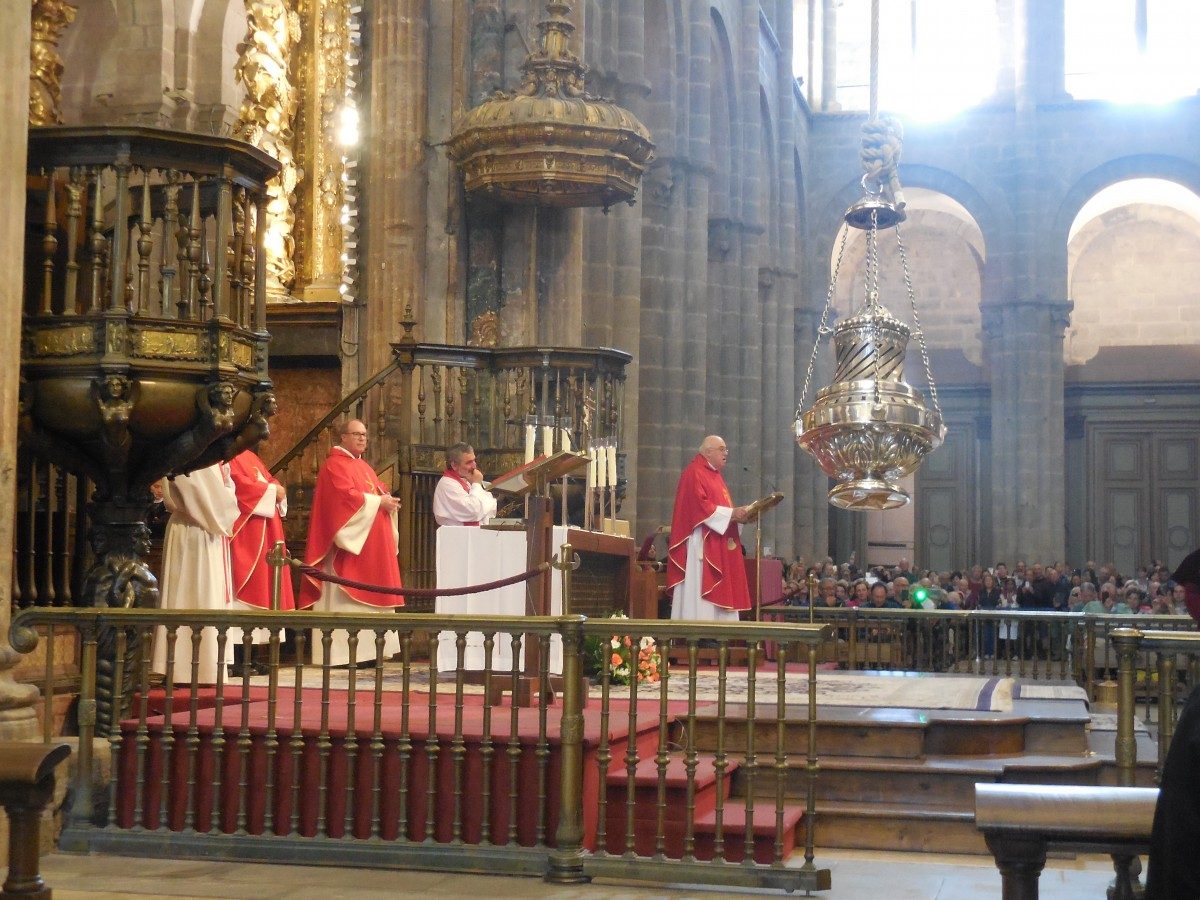 Hundreds of Catholic massgoers received Communion, and the mass concluded. The anticipation of what would come next kept everyone from leaving, however. The botafumeiro, a giant incense burner suspended on a thick rope, would be swung over the altar and back and forth in a huge arc from side to side in the cross-shaped church interior. Today’s pilgrims, unlike those in times long gone by, don’t need fumigating. Instead, the swinging of the botafumeiro symbolizes thanksgiving for our safe arrivals into Santiago.

The drama of the smoking and swinging botafumeiro contrasted beautifully with the light, sweet voice of a young nun who was accompanied on the huge, cherub-adorned pipe organ.

As we left the church, we stopped to greet and say goodbye to some of our Camino “family.”

Soon Judi and I will leave Santiago, bursting with memories of rich experiences and connections with new friends. 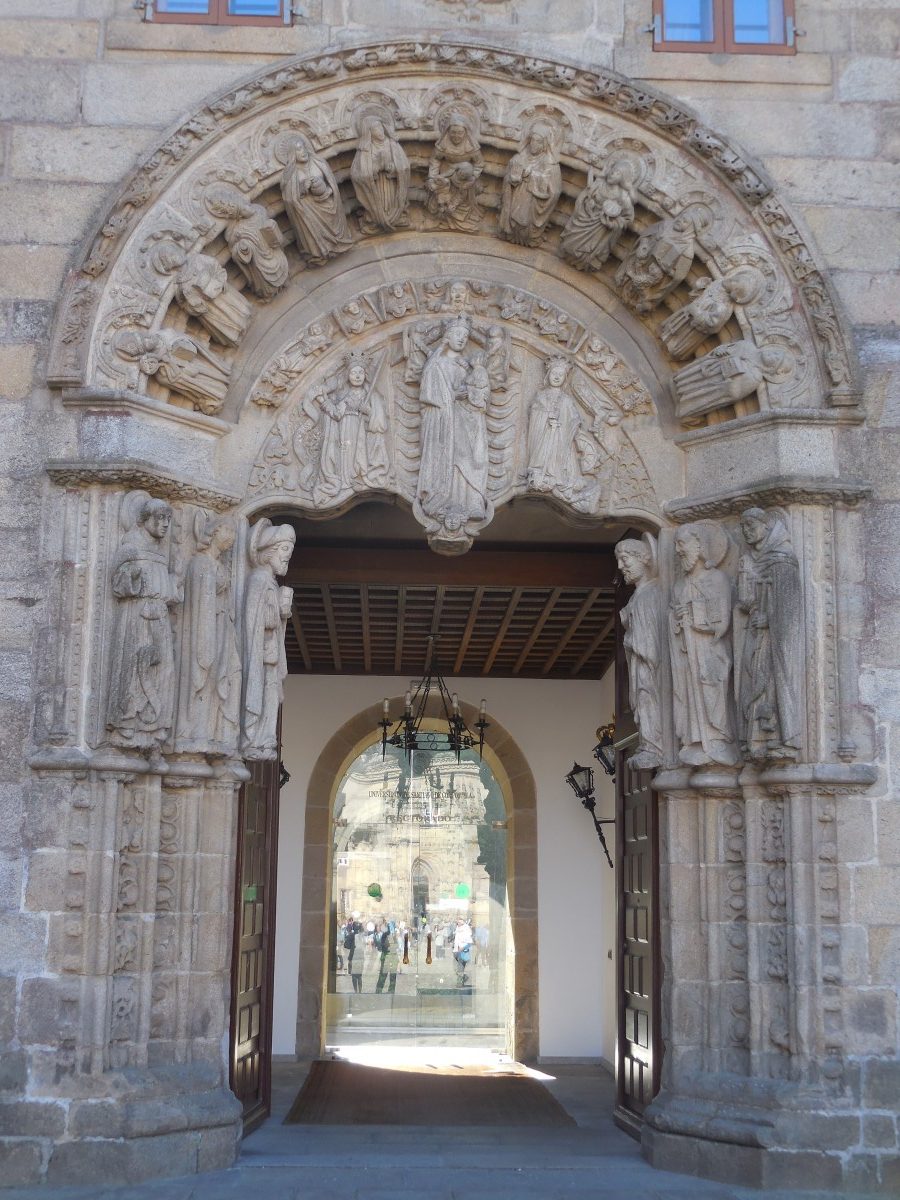 8 thoughts on “A Day in Santiago”